My Fertility Story {Struggles with PCOS}

Ever since I was a child, becoming a mom was a mandatory part of my future.  For as long as I can remember, people have mentioned how great I interact with kids.  So when my husband, Omari, and I were ready to start a family I wasn’t prepared for the thought of anything otherwise.   However, after months of trying, accompanied by erratic periods, and no results, my doctor became concerned.  A series of tests and one surgery later, I underwent surgery to remove one of my fallopian tubes, due to a massive cyst that had enveloped it.  Even more worrisome, I was diagnosed with a borderline tumor. While this type of tumor has a low chance of becoming cancerous, it can reoccur, and often attacks one’s reproductive system so frequently that the repeated surgeries may become life threatening.

This new development led to a meeting with a gynecological oncologist. He began by reassuring me that this was the best case scenario for anyone entering his office.  However, I learned that even though my tumor was removed, they would now need to take my ovary because of its proximity to the affected area.  This would help reduce any chance of it coming back.  Before taking this very frightening step, my husband suggested that we meet with a reproductive specialist, to understand all of our options.

One of the doctors present during my initial surgery was a reproductive specialist named, Dr. Jeffery Russell.  He made the call to remove my fallopian tube because it was completely engulfed by the tumor.  Naturally, we sought his advice on the remainder of my reproductive system.  Upon first examination, he determined that not only did I have to worry about the borderline tumor but believed that I also had Polycystic Ovarian Syndrome (a.k.a. PCOS). This is something that can take a toll on a woman’s body and reproductive system even without the complications a borderline tumor. Once I was staged, I was to be treated by him for the PCOS.  Thankfully the staging went well and I was only at stage one, which means the chance of the tumor coming back is fairly low.

Shortly after my second surgery, I started fertility treatment.  I really like the way that Dr. Russell approached things.  He starts with a full month of diagnostics to make sure his original assessment was correct and he can treat my body properly.  I’ve seen too many friends go through fertility with doctors that just try to throw things at their patient and see what sticks.  I started going to Dr. Russell’s office for monitoring multiple times a week for bloodworm and pelvic ultra sounds.  I complicated matters because his office was about an hour away.  Needless to say, there were a lot of early morning starts, long days, and lots of driving.  It became very wearing fast so I can’t imagine the toll it takes on women that endure treatment for many more months to years.

If you have ever been in a fertility treatment waiting room, you understand the palpable tension in the room.  So many women are undergoing months (years) of heavy duty treatment and are faced with repeated heartache and stress on both their body and marriage. The waiting room is tense and heart  breaking.  I have seen many friends battle with fertility, some with success but others without.  For those who endure fertility and can not become pregnant, it is heartbreaking. Due to Dr. Russell’s thoughtful approach, I became one of the blessed ones.  After a few months of treatment, I was given the amazing news that I was pregnant.  I was able to get pregnant using clomid and a few support drugs.  My oncologist monitored me for five years to make sure the tumor was growing again.  I was so fortunate to have clear results throughout those 5 years.  Praying that nothing returns in the future.   My blessings were doubled when I became pregnant on my own three years later.

For those struggling to get pregnant, I send you my love and support.  If you want to pick my brain, I’d be happy to help.

Months into our journey, I hit a wall and needed to get away.  My doctor said I had one week in July where I could go away without it affecting the process.  We rented a cabin on the water in Maine.  This was where we received the call that we were pregnant.  It was a beautiful location to get life changing news. 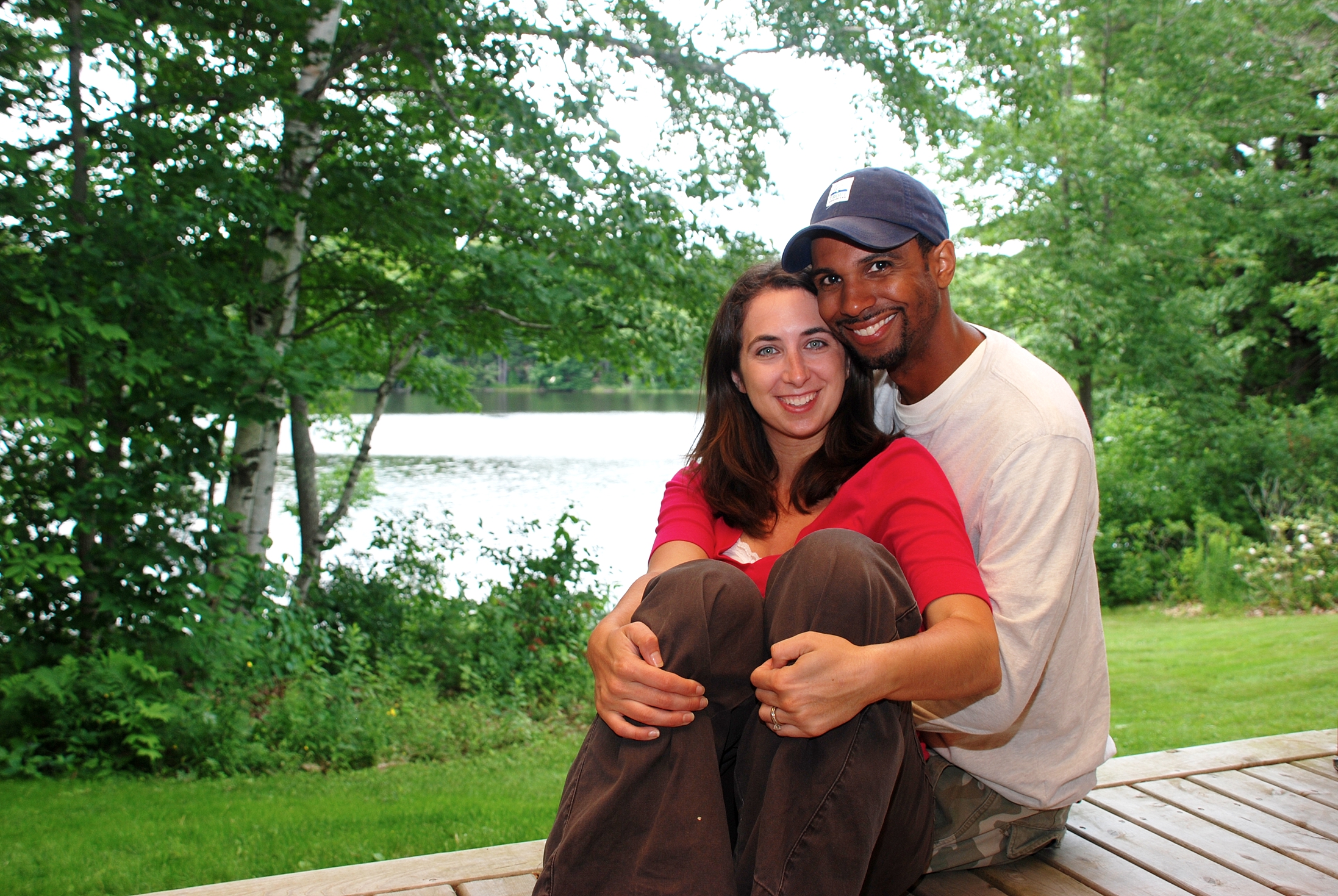 The bonus to fertility treatments is that you get ultrasounds way more frequently.  You get to see your baby grow from a teeny tiny sac as you get monitored regularly.  It really is mind blowing watching the progress in your own body.  My dad always said my son has the perfect profile, even from in the womb. 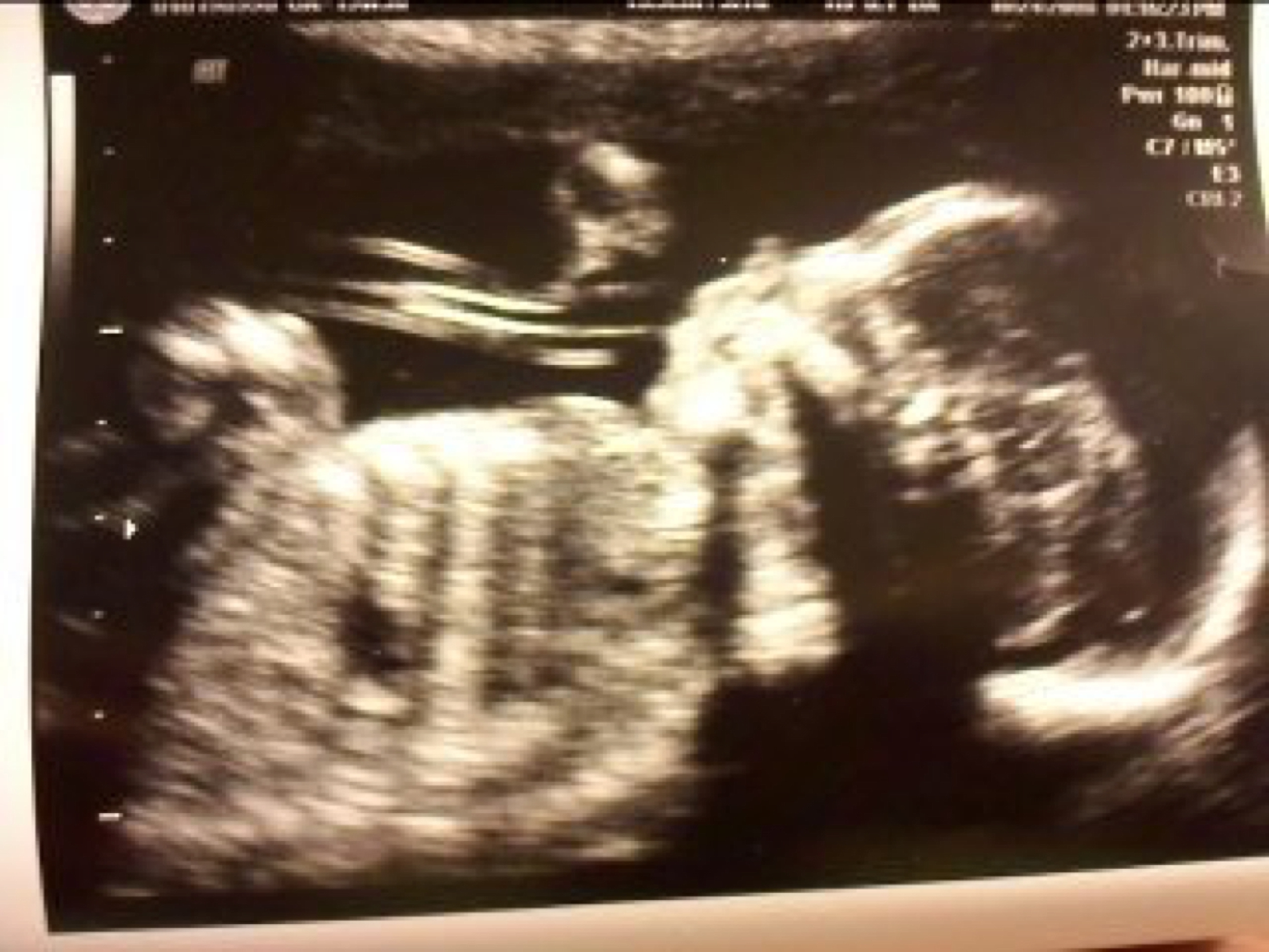 He was two weeks late with a challenging labor but it was all worth it.  This is our first family picture…I look exhausted and rightfully so. 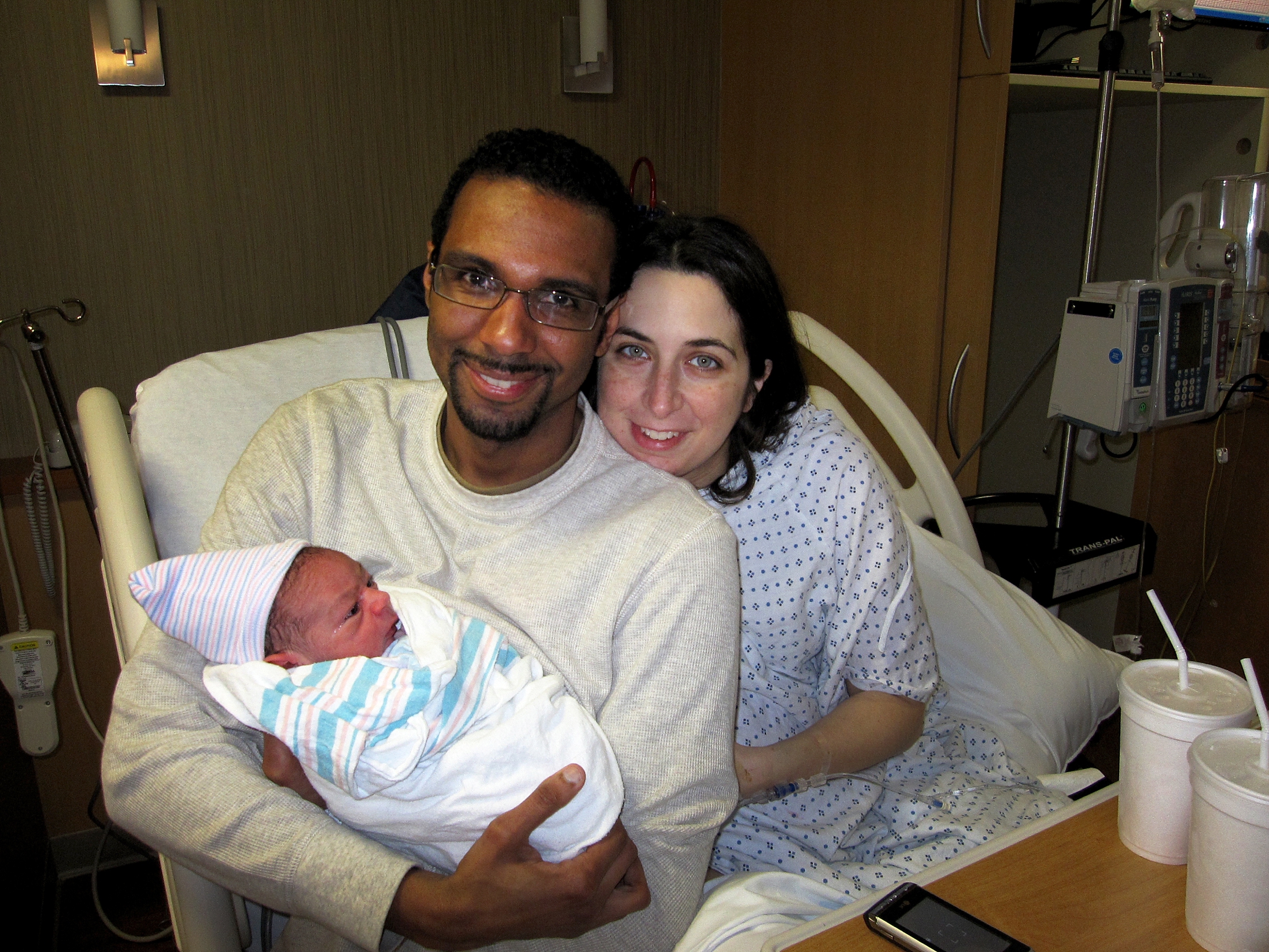 Four years later, we became a family of four.  Thankfully, I did not need fertility treatment for my daughter. 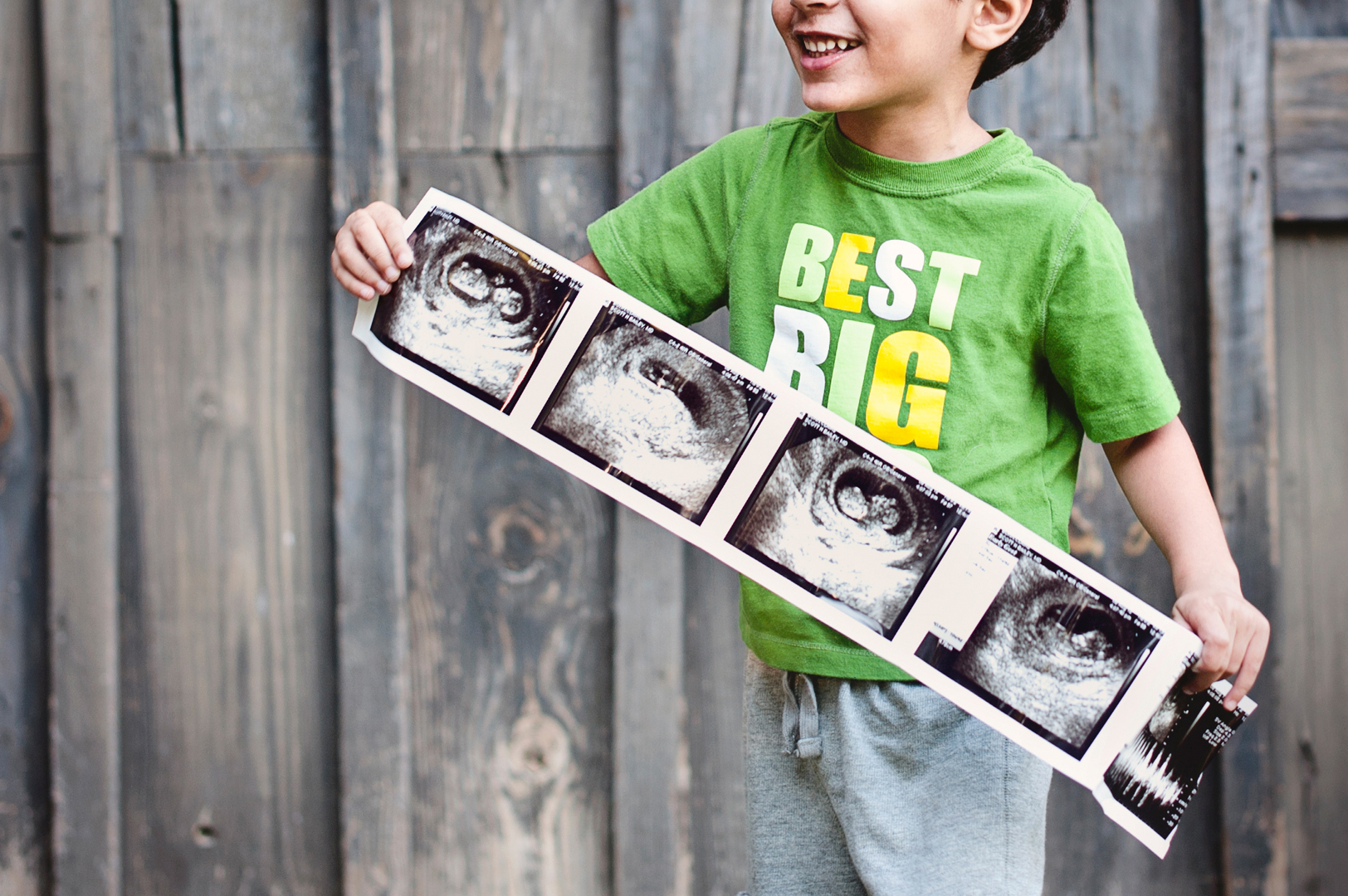 Photo below by the wonderfully talented Claire Hudson. 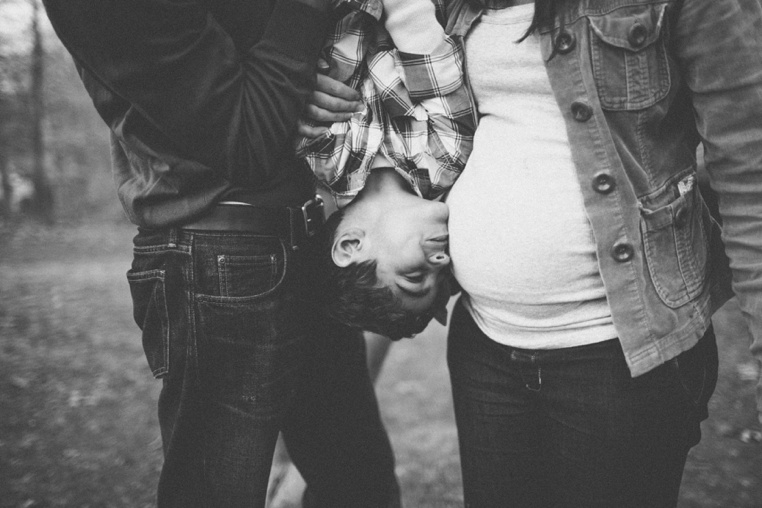 Our first picture with Natalia taken by the wonderful staff at Lankenau Hospital. 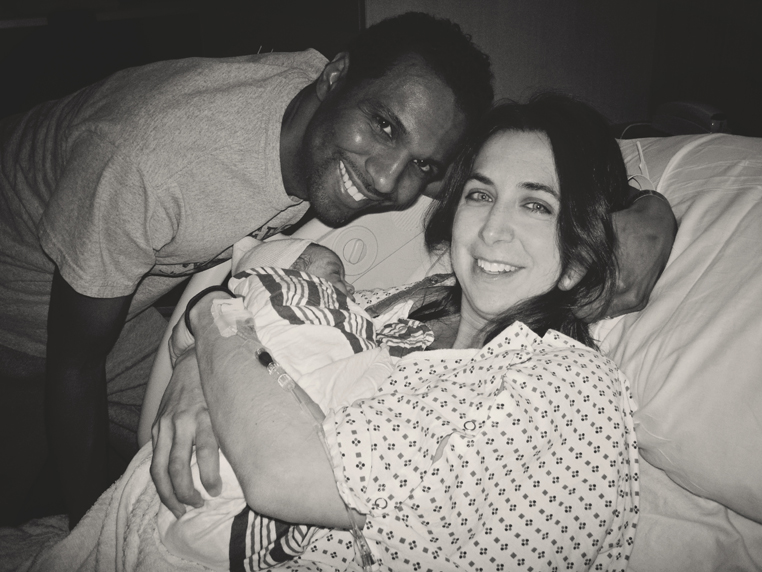 Of course I brought my camera to the hospital.  I was so thankful that I did because I was able to capture this very sweet sibling moment.  Also, I became severely ill with a stomach bug about 8 hours later so that fact that I mustered the energy to take these pictures was good planning. 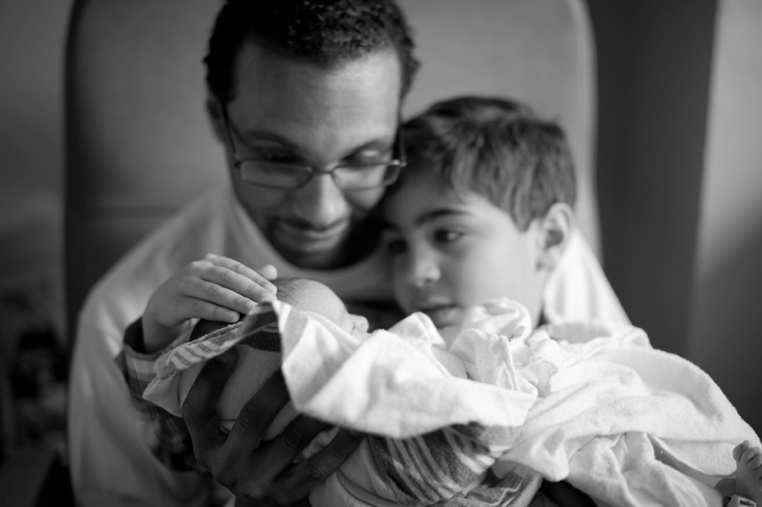 I don’t have enough pictures with myself in them so I cherish the times I do hire a photographer friend so I am included in the memories.  Photos below by Ginger Unzueta: 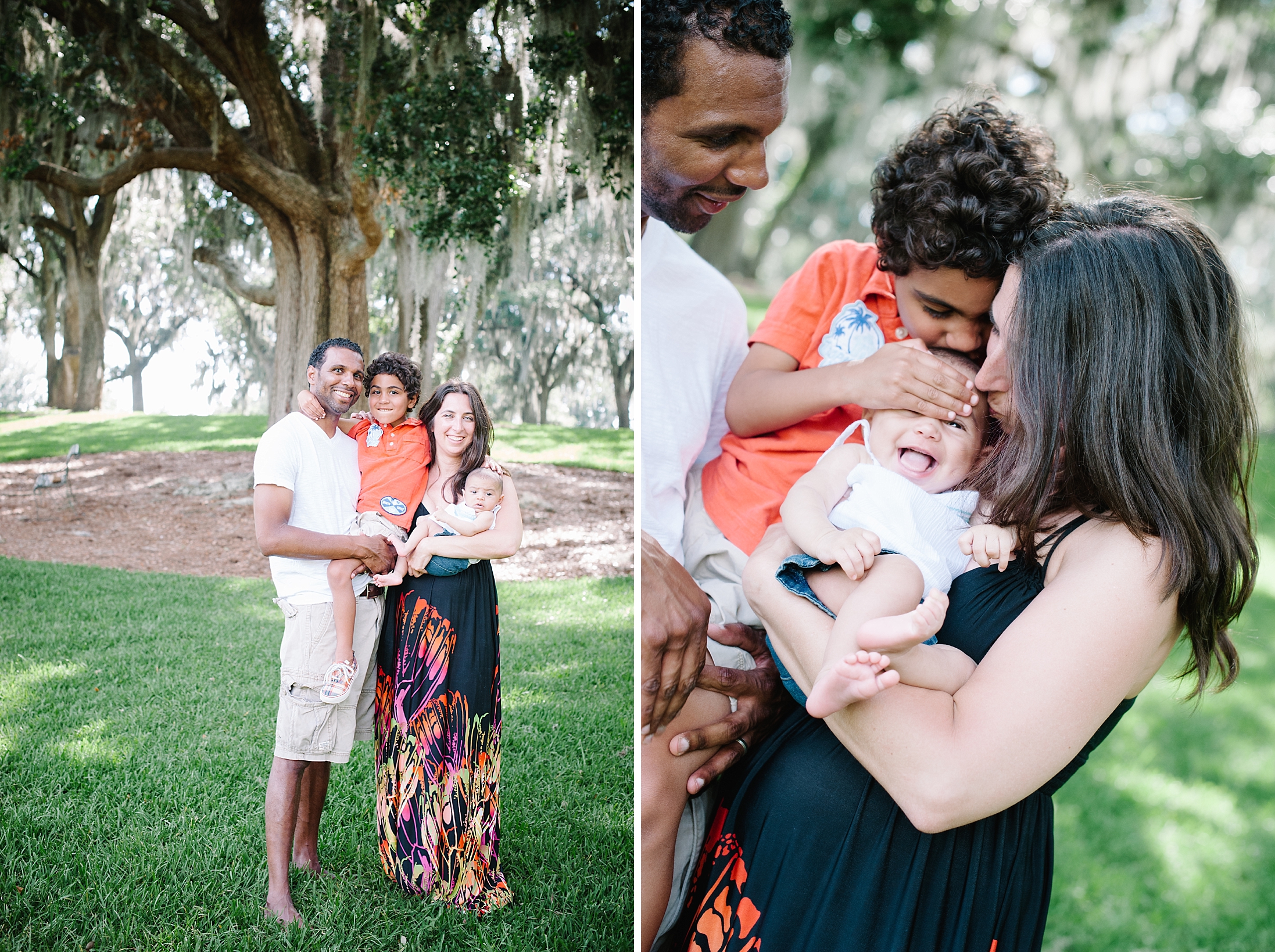 Here are my two littles…getting bigger by the second. 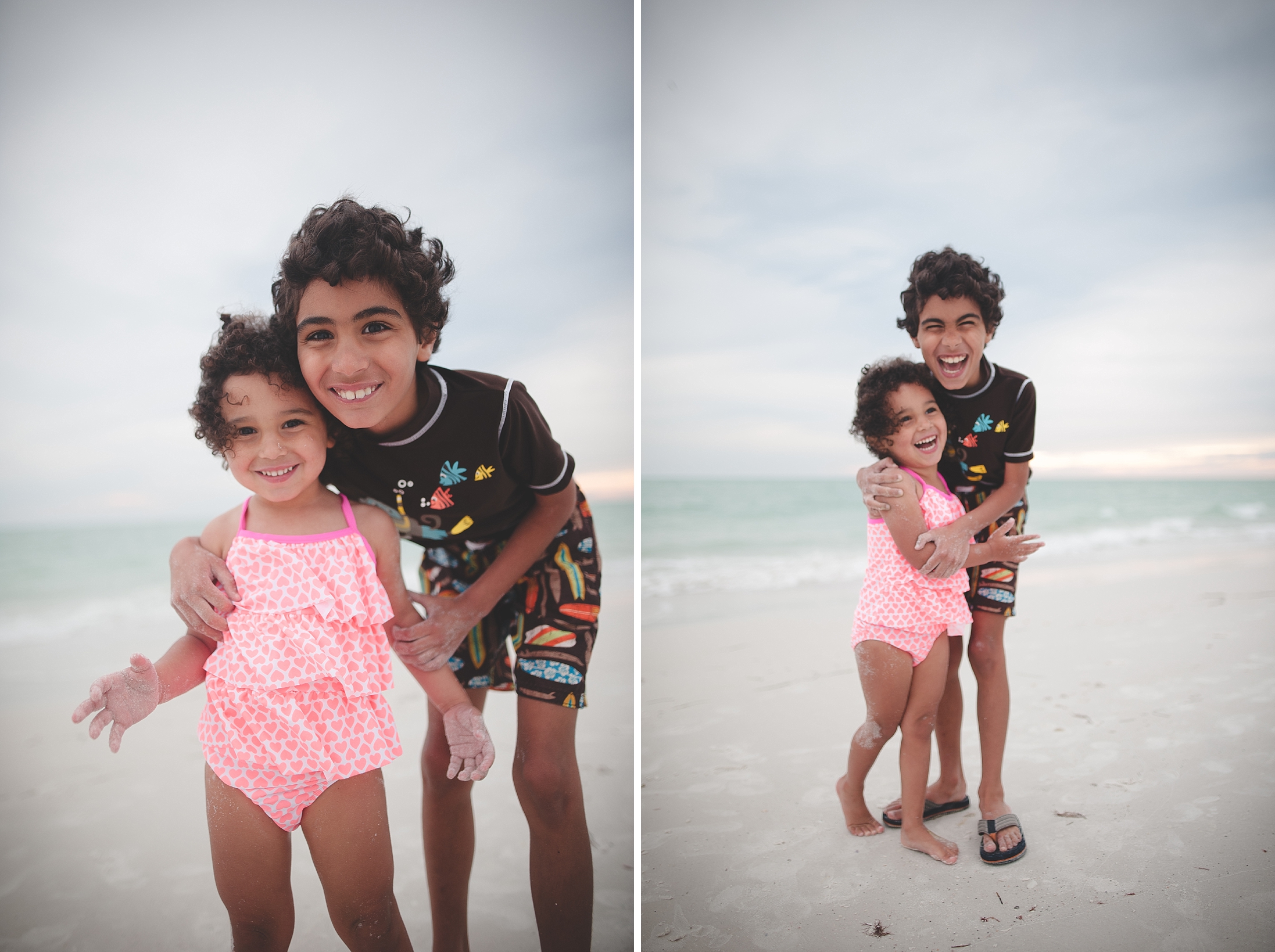 Show Hide 0 comments
Why Photos Are Your Most Important Investment »
« Welcome to the World Oliver! {Philadelphia Newborn Photographer}

My name is Claire and I am a maternity, newborn, and family photographer servicing the Philadelphia Metro Area/Delaware Valley and beyond.